While spending time at lakes, rivers, or other waterways, you may have gone digging around in the mud and been fortunate enough to find some freshwater clams. If you’ve dug up these hidden treasures before, you may have noticed they look similar to the ones you buy at restaurants and grocery stores. So you may be wondering: can you eat freshwater clams from the wild?

In short the answer is yes, but (like with all shellfish) there are certain situations where they can be toxic to humans. To avoid getting sick from eating shellfish, it’s important to understand what makes them potentially harmful and how to minimize the risks. In this article we’ll give a general overview of freshwater clams and outline some best practices when harvesting and preparing them to eat.

The difference between freshwater clams and mussels

First things first, it’s important to address the question, “what is the difference between clams and mussels?” If you’ve been doing your research to find out if they are edible, you may have found that ‘freshwater mussels’ and ‘freshwater clams’ are used interchangeably or that the term ‘freshwater mussels’ is used to describe both mussels and clams that live in fresh water. It may cause some confusion, but they are distinct.

They are more active burrowers in soft sediments. They spend most of their lives buried in the ground (usually mud) and often go unnoticed. To eat and breathe, they close their valves as they push themselves forward. When they move, the space gets filled with water and they are able to breathe and filter feed.

To ensure their young don’t get taken downstream, they have adapted to only release sperm in the water (unlike saltwater clams that release both eggs and sperm). They keep their eggs inside their shells and wait until they draw in sperm to fertilize the eggs. Once fertilized, the eggs stay in their shells and grow in special pouches. When their young have developed into juveniles, they will exhale them into the substrate so they can start digging their own burrows to live in.

Unlike freshwater clams, they only partially burrow into substrates. They inhale and exhale water that flows by them and filter tiny organic particles to feed on.

Freshwater mussels have also adapted to keep eggs within their shells and only release sperm into the water. However, their fertilized eggs do not stay in their shells until fully developed (like clams). Instead, they release the larvae (called glochidia) with the hope that it attaches to a fish. Once larvae attach to a fish, tissue will grow around it and the glochidia will grow into miniature adults. After about 10-30 days they will break free and live their lives as freshwater mussels (often in a different location from its parent).

Now that you have a general understanding of freshwater clams (and how they’re different from freshwater mussels), we can now look at factors to consider before going out and eating wild clams.

Again, the answer is yes but it depends where you find them and what state they’re in when you harvest them. Below are some factors to consider when determining whether a freshwater clam is safe to eat:

Clams are filter feeders which means they eat tiny organisms such as phytoplankton, and strain out pollutants and other suspended particles from the water column. Their ability to filter helps to improve water quality, but it also means that they can sometimes be toxic to humans. The pollutants they ingest accumulate in their bodies can be dangerous for human consumption.

Harvesting and eating freshwater clams found in highly polluted waters is not recommended. If you want to eat wild clams make sure they’re from lakes, rivers or waterways with little to no pollution. This will reduce your chances of ingesting harmful chemicals and toxins.

If you harvest dead clams you may be putting yourself at risk of getting a foodborne illness. Harvesting ones that are already-dead is risky because you don’t know how long they’ve been dead for and what bacteria may be growing in them. As a general rule, harvest ones that are alive and eat them while they’re fresh.

If you are planning to harvest freshwater clams yourself there are a few things you should keep in mind. For a successful harvest always remember to:

Before going out to harvest them, it’s important to look up the rules and regulations of the area you intend to visit. There may be quotas and other restrictions for harvesting that will be good to know ahead of time.

Inspect the waters where you plan to harvest

Always keep in mind that water quality is the most important factor to determine whether or not you can eat freshwater clams. Your safest bet is to harvest them from the cleanest fresh water sources possible. Do your research ahead of time and check government websites or ask organizations/individuals that the test water quality of freshwater lakes and rivers in your area. If you are harvesting clams in places you’re unfamiliar with, be sure to ask locals or guides if they are safe to eat there.

Before you start eating the clams you harvested, some preparation is involved to ensure they are edible and safe for human consumption.

In this case, purging refers to the removal of substances and other debris (such as sand) ingested by the clams. You can purge them by submerging the shells in a large bowl or basin of clean water. In general, they should be left in the water for 20-60 minutes so that they open up and filter out substances and debris they ingested prior to the harvest.

After leaving them in the clean water to purge, rinse the clams again. Also make sure to check how much debris is left at the bottom of the bowl. If you find a lot of debris, you can refill the bowl with clean water and purge them again.

After purging, it’s also a good idea to clean the outer shells because there may be crusted dirt or other debris. You can easily clean the shells with a washcloth or scrub brush. After cleaning their outer shells, it will be easier to inspect them and determine if they are safe to eat.

During or after the cleaning process it’s important to inspect them to see if there are any dead ones that need to be discarded. If you want to eat freshwater clams, they should be eaten fresh and alive so that you reduce your chances of getting sick.

Look carefully for broken shells or clams with holes in their shells. If their shells are broken, they are likely dead and not safe to eat. Also look for shells that remained tightly shut or floating after the purging process. When clams die they release a gas which causes them to float. For ones that have opened up, tap them gently to check if they are still alive. If they don’t move, they are likely dead and need to be discarded.

Once you’ve purged, cleaned and inspected your freshwater clams carefully, you can finally eat them and enjoy! (But don’t forget the salt, because freshwater clams don’t have the natural saltiness that saltwater ones have).

If your plan is to eat them directly in the wild, don’t forget to bring with you all the necessary accessories to prepare and cook them. And if when it is time to start the fire you realize that your forgot the lighter at home, it could be helpful to know how to do it with different kind of battery.

Can you eat freshwater clams? The answer is yes. As long as they are harvested and prepared carefully, they are safe to eat. But to be extra safe, always take full precautions.

If you plan on eating clams from the wild, it’s important to be aware of the potential health risks involved. Keep in mind that they are filter feeders, which puts you at risk of ingesting harmful chemicals and toxins. Also, if the clams are not cleaned and inspected properly, you can increase your chances of getting a foodborne illness. Those at greater risk for foodborne illnesses include: pregnant women, young children, older adults, and persons with compromised immune systems.

If you feel ill after consuming shellfish (especially raw), contact your doctor immediately for an assessment. After reading this article we hope you’re equipped to answer the next time someone asks you if the freshwater clams are edible. Remember, it’s always better to be safe than sorry, so make sure to harvest and prepare freshwater clams carefully before eating them.

Best Slingshots on the Market for a Survivor Thrill

How to Start a Fire with a Battery – 7 Methods 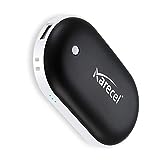 9 Best Thermos for Outdoor Use

How to Insulate a Tent To Stay Warm

Campers love to camp but hate being cold. Camping in the cold seasons challenges any camper’s ability to stay warm outdoors. The cold seems...

How Fast Can a Bear Run in the Wild?

How to Wear a Boot Knife Like a Badass

How to Attach a Sleeping Pad to a Backpack Like a...

How to Insulate a Tent To Stay Warm

How Fast Can a Bear Run in the Wild?

How to Wear a Boot Knife Like a Badass

Romantic Camping Ideas That Will Melt Your Heart

Can You Eat Freshwater Clams in the Nature?

WildBunnysLand.com is a participant in the Amazon Services LLC Associates Program, an affiliate advertising program designed to provide a means for sites to earn advertising fees by advertising and linking to Amazon.com.

ABOUT US
Wild Bunny's Land is here to improve your outdoor skills, help you to choose the gear you need and share with you wonderful ideas when you want to go in the nature for a deep breath. We really hope that you will enjoy your time on our website and find everything you want and even more.
FOLLOW US
© 2018-2020 Wild Bunny's Land - All rights reserved.
This website uses cookies to improve your experience. We'll assume you're ok with this, but you can opt-out if you wish.Accept Read More
Privacy & Cookies Policy